Picture this. A recruiter is reviewing job applications. There are two applicants who have the same area of expertise, identical levels of experience, and equally great letters of recommendation. One of them is named Jane, and one of them is named John. The recruiter has to decide without meeting them who to hire, who is the most competent and capable.

Research shows that the recruiter is more likely to hire John, just on the basis of his being a John rather than a Jane. This research further suggests that you and I might do the same, whether or not we are a man or woman making the decision.

This largely invisible bias is but one example of what women face in the workforce. How do we deal with these implicit and subtle biases – let alone with the egregious and explicit misogyny that still exists? Some have touted the concept coined by Facebook COO Sheryl Sandberg, “Lean In” as a solution.

I want to argue here that “Leaning In” is exactly NOT the way to combat bias against women in the workforce or elsewhere. I also want to contrast it with an alternate concept I’ve developed called Precisionism, which I’ve written about here.

Let’s start with Lean In. Sheryl Sandburg parlayed her TED talk on why we have too few women leaders into a book call “Lean In: Women, Work, and the Will to Lead”, and then into a Lean In movement. The focus of Lean In is on “… encouraging women to pursue their ambitions, and changing the conversation from what we can’t do to what we can do.” Yet almost immediately upon its release, Lean In was critiqued as “faux feminism” with The Guardian going so far as to refer to Lean In as “an infantilising, reactionary guide for ambitious women.”

Moreover, Bell Hooks in her critique “Dig Deep: Beyond Lean In” argues that Lean In ignores “the concrete systemic obstacles most women face inside the workforce and fails to call for much-needed social change, instead providing women advice on how to become successful within existing conditions.”  In this sense, she argues that Sandberg’s stance on gender equality in the workplace is “agreeable to those who wield power in our society – wealthy white men – in a seemingly feminist package….”

One of my favorite quotes on the Lean In ideology is this comment from software engineer Kete Heddleston: “Women in tech are the canary in the coal mine. Normally when the canary in the coal mine starts dying you know the environment is toxic and you should get the hell out. Instead, the tech industry is looking at the canary, wondering why it can’t breathe, saying “Lean in, canary. Lean in!” When one canary dies they get a new one because getting more canaries is how you fix the lack of canaries, right? Except the problem is that there isn’t enough oxygen in the coal mine, not that there are too few canaries.”

Sandberg herself acknowledged that she didn’t truly understand the plight of single moms who cannot blithely Lean In, who do not have the extreme economic advantages that she herself enjoys. 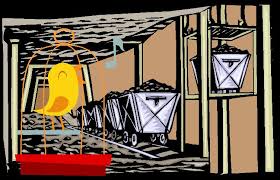 Enter Precisionism. The basic premise of Precisionism is that many women possess a deeply-rooted drive for excellence that is different from the way men are socialized to pursue excellence. I call this drive for excellence Precisionism because while it shares some aspects of perfectionism, it does not involve unrealistically high standards or feelings of failure. Instead, a Precisionist assumes that s/he is good enough to strive towards the highest standard of excellence, even if it is never quite reached. A Precisionist has the capacity to go deep, to focus on getting the details right and noticing what others fail to notice. A Precisionist sees patterns that others miss, and draws on intuition to transcend current limitations and think outside the box.  A Precisionist also knows that mistakes are an opportunity for growth. A psychologist, Harriet Braiker, got to the heart of this when she wrote: “Striving for excellence motivates you. Striving for perfection is demoralizing.”

Therefore, women should NOT model themselves after predominant, male models of how to succeed, lead, and work effectively. Instead, women should set new standards and capitalize on their unique drive for excellence.

Although Lean In tells women to fight for their seat at the table, the underlying message is that to do so we have to accommodate the status quo. Precisionism in contrast, like the seminal punk rock album ‘Never Mind the Bollocks: Here’s the Sex Pistols’ tells us to disrupt long-held beliefs and to be ready with an open mind for something new.  Let’s be ready for new ideas about what makes a person a great leader, powerful, and valuable.

So, ladies, never mind Lean In. It’s precisely the right time for new perspectives on how to take a seat at the table – and to do so by being the ones who set the agenda and lead the conversation. 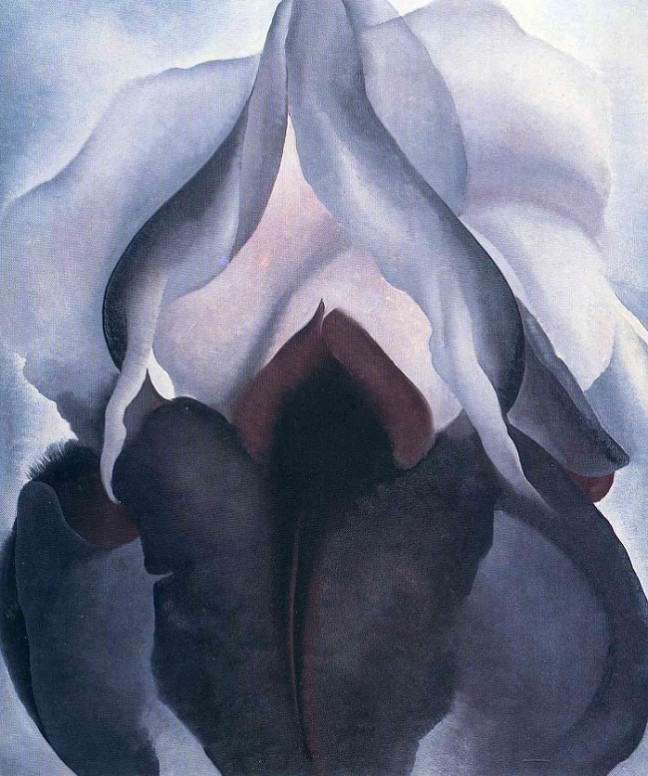 I’ve been thinking a lot lately about what it’s like to be a woman in the male-dominated worlds of technology and academia. I have a foot in both worlds and have noticed an uptick in discussion about how women are, unintentionally, holding themselves back. Excessive perfectionism might be one of these self-imposed barriers.

But there is a form of perfectionism – what I term Precisionism – that is instead a source of persistence and power in women, and should be cultivated.

Perfectionism seems like it should be a good thing, but from a psychological standpoint, it has a dark side. Perfectionism is defined as “the setting of unrealistically demanding goals accompanied by a disposition to regard failure to achieve them as unacceptable and a sign of personal worthlessness.” Clearly, this is a perfect storm of self-defeating beliefs, and doesn’t leave room for growth. Many argue that women have this toxic form of perfectionism in spades, indeed are socialized to think of themselves as failing if they aren’t 100% perfect. My friend Reshma Saujani gave a great TED talk on this dark side of perfectionism in women.

That isn’t, however, all there is to perfectionism. Toxic perfectionism can be dispensed with and what’s left over – striving towards excellence – can be amplified and cultivated in women.

This is what I call Precisionism and it has three guiding principles:

As much as I’d like to take credit for coining the term Precisionism, in fact the first art movement native to the U.S. was called Precisionism. Characterized by sharply defined, almost photo-realistic images, Precisionism had a huge impact on other far-reaching artistic movements such as magic realism, pop art, and photorealism,  Precisionist artists include Charles Demuth and perhaps more famously, Georgia O’Keefe.

Precisionist artists were visionaries, trend-setters, and disrupters. They were thought leaders. We need more Precisionists in the world today.

But let me be clear. While cultivating Precisionism, we should still place a high-powered microscope over how we raise and socialize our girls. There is compelling evidence that women’s professional progress can be slowed in extremely subtle, almost invisible ways. There is also good reason to believe that girls are socialized to play it safe for fear of failure, whereas boys are encouraged to shoot from the hip, do things by the seat of the pants, bravely “jump off the jungle gym.” There is face validity to this idea. For example, men will apply for jobs that they are only 60% qualified for. Women won’t apply unless they meet almost all the qualifications.

However, I read this statistic differently than many would. Some may call men in this case brave, bold, and confident. I call them sloppy. I don’t think that women should “lean in” and apply for a job for which they’re barely half qualified. Instead, they should cultivate Precisionism, apply for a job they’re 75% qualified for, crush the job interview, and grab that job by the horns.

Is rigid perfectionism holding some women back? Certainly, but the solution to this problem is NOT to shoot from the hip, put style over substance, or make mistakes because you’re moving too quickly or are under-qualified for a job. The solution is to cultivate Precisionism. We as a society are suffering from a serious shortage of Precisionism and we need to infuse MORE, not less, Precisionism into our professional and civic lives. When people say, “It would be great if women ran the world” I think this is part of what they mean.

We are in the midst of a paradigm-shift in which we are refusing to ignore the glass ceilings women face, and women are on the rise in politics, culture, business, and technology. Women — let us be brave and refuse to disavow one of our signature strengths, Precisionism. After all, it’s no coincidence that women are [almost] always right.